Things are going well towards the release. probably only about a week remaining.
I have some pretty heavy stuff going on in my life right now, so progress will probably slow down. however, HTTPlugin is working almost perfectly. just one or two small features to implement and then I'll release it with BPE Pre-Alpha V1.1.
Here's a pretty pic of HTTPlugin: 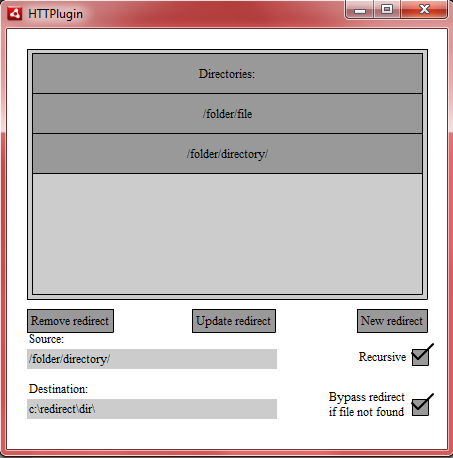 It can redirect HTTP requests to any location (online or offline). it has many uses, one of which being working as a more advanced version of my sitelocked game loader.
Hopefully I can get BPE running on Linux and Mac before the release...
Posted by bmanatee at 3:05 AM